I usually write about programming, system administration or DevOps, but if you know me a little, I really love games.

I worked 4 years for a small indie studio, focused on social-sports games. 2018 saw a lot of great, good and very bad games. All of this, of course, is very subjective. I'm sure you can find someone, somewhere, who actually enjoyed (or maybe even still enjoys) Fallout 76.

I tumbled on this game, CrossCode, a few weeks ago. The game actually released on September 21, 2018. If you were a fan of Zelda, a link to the past, you're in for a ride. The graphics are wonderful, music is sweet, the story is well crafted, the game design is top notch and it has an intricate combat system. Strangely, it's a single-player game about a character (Lea) playing a multi-player game (MMORPG). There is more to it of course, but I don't want to spoil anything. 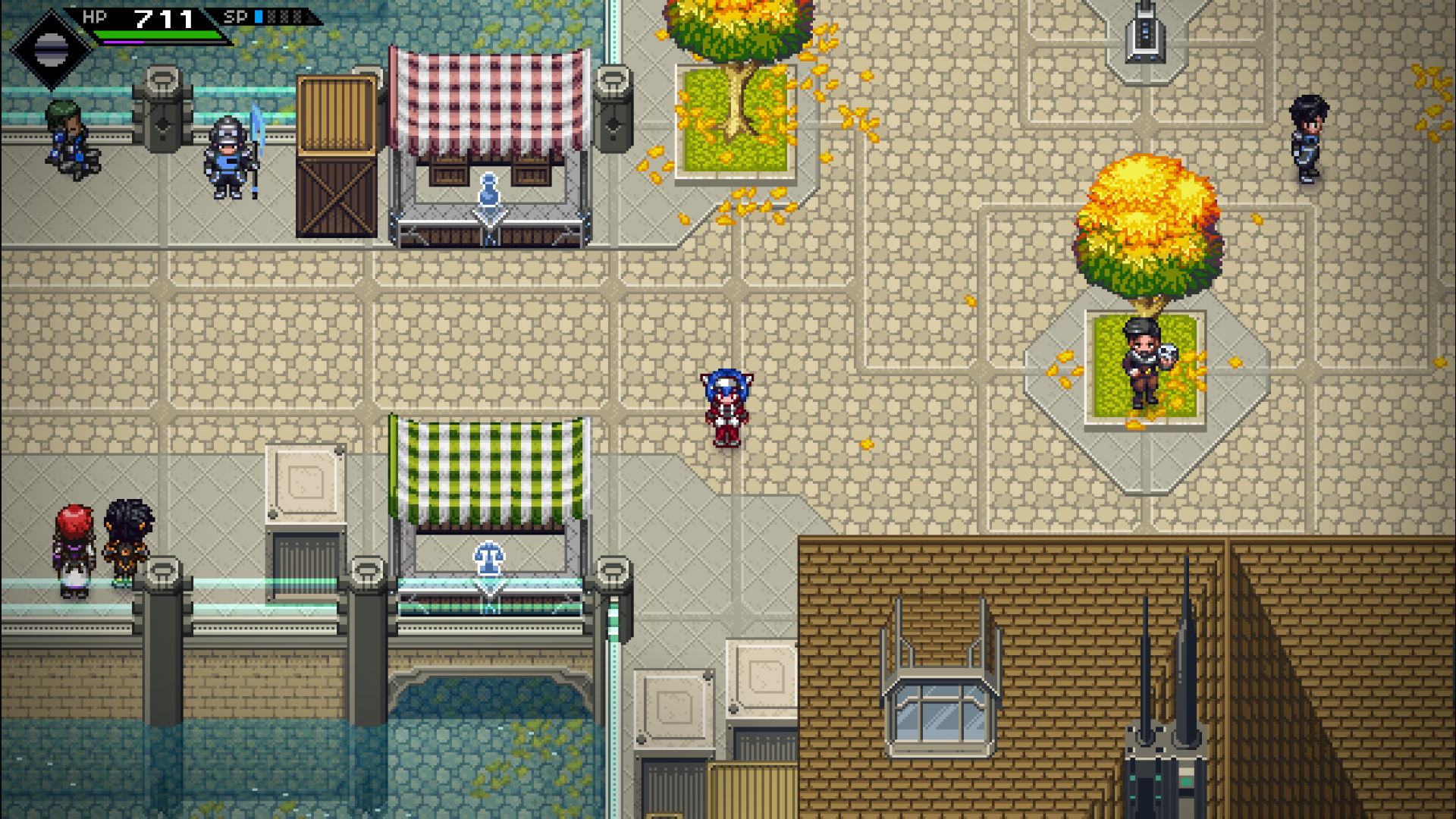 The universe is charming. You will meet NPC (players) coming from different background (and being native in other languages). I've only played 15 hours so far. I just finished the second dungeon. Which I think, was a bit too long, but at any time you could leave and attack optional quests around (your limited for now) world.

The inventory system is simple enough. You get your usual stats, but the game also adds interesting passive bonus which actually forces you to use your second best weapon to benefits from those passive bonus. At any time in the inventory menu, you can hover a specific bonus to see it's clear description (no need to have browser open with the wiki, unlike some other games). 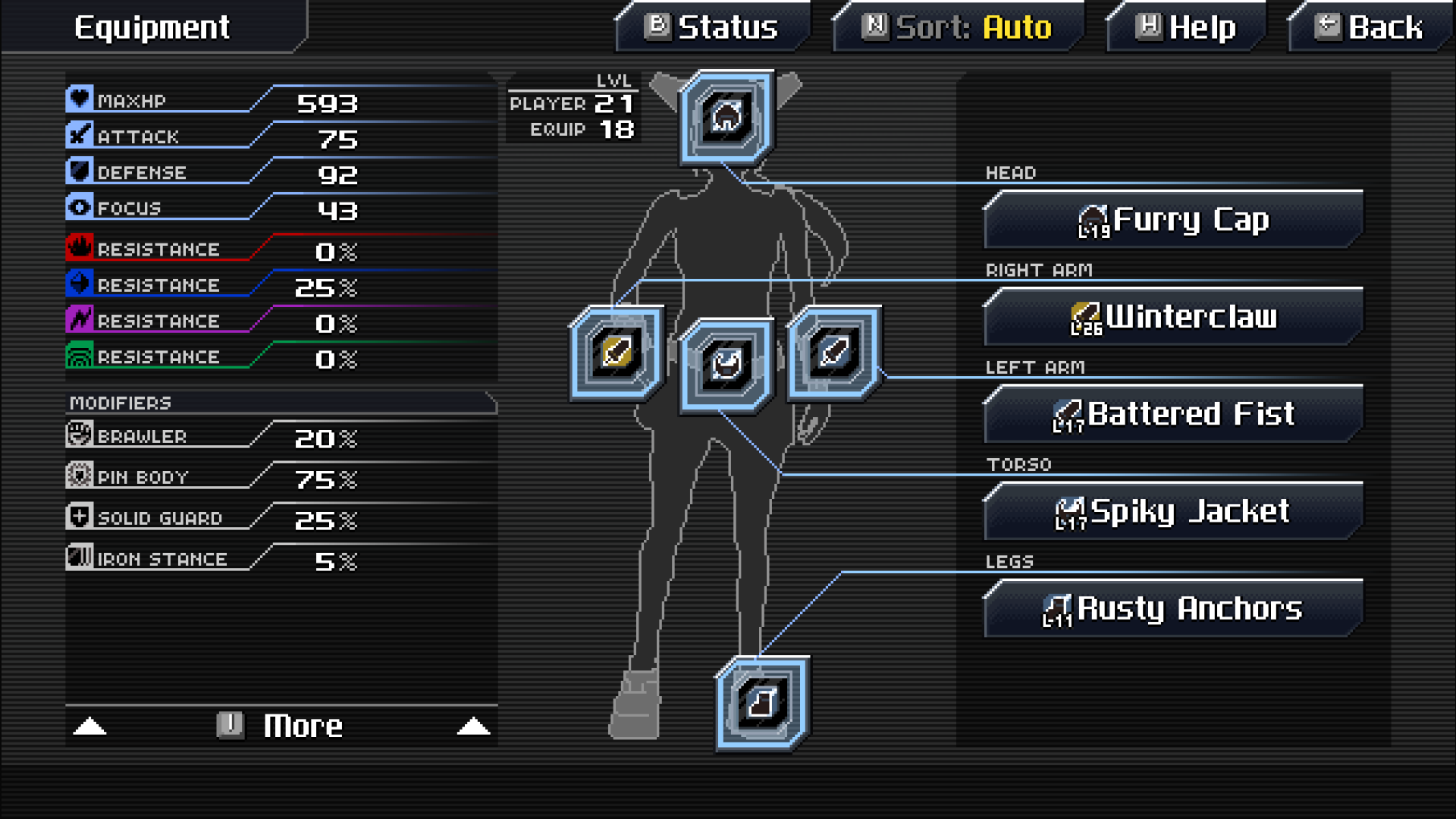 That's a welcome change of pace and actually invites you to search the world for useful items.

Every level gives you some points (CP) that you can assign to a skill tree, kind of like Final Fantasy X or XII. The tree is divided in 5, neutral, fire, cold, shock and wave. Neutral skills unlocked affects all your stats/skills all the time, while Fire skills (like +4% attack) are only applied when using the Fire element.

I'm only 15 hours in, but I feel like all skills will be unlocked at some point in the future, but it's nice to have a choice at the beginning. I'm more a brawler type of player, so I'm unlocking mostly MaxHP +X%, Attack +X% and things like that. 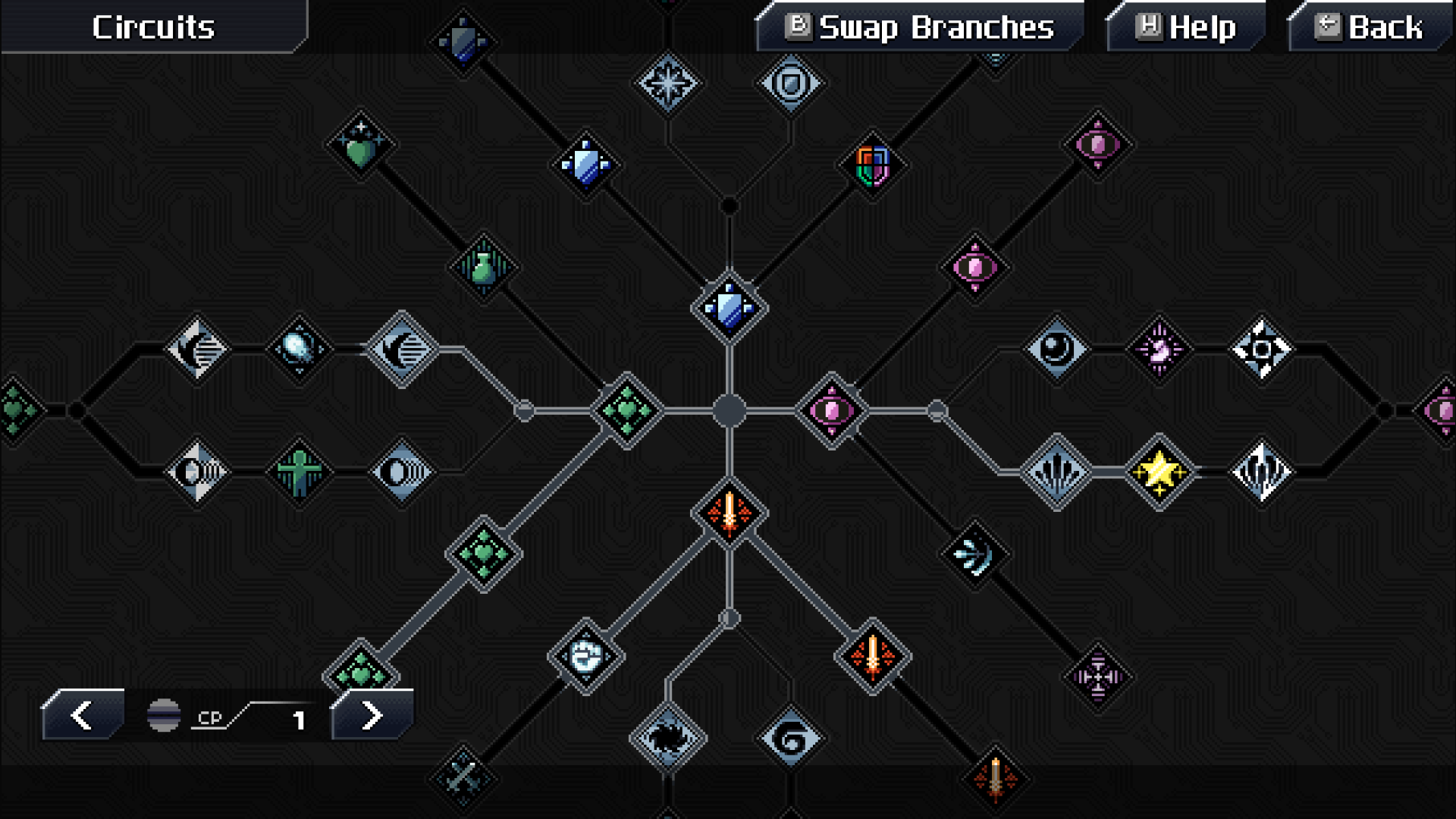 The game is running wonderfully on linux with Proton/Steam. Which is a big plus for me. The game looks like to be made with Impact(js) and wrapped around with nwjs, not unlike what I've been doing at StudioQi.

I really like this game, currently priced at 16.50$CAD, it's a steal. You also get to cheer up a small indie studio for a job well done (and bug-free, at least in the first 15 hours).